You are here: Home » Blog » The origin of Rucksack Readers 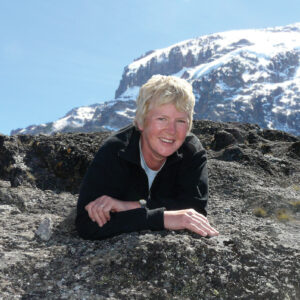 Twenty years ago I abandoned a successful career in information technology and stumbled into guidebook publishing, a field I knew nothing about. The catalyst for this change was my first long walk, the West Highland Way. With a group of friends and two dogs, we had a wonderful time but were disappointed by the official guidebook: its dense, text-heavy pages were uninviting, and its format ill-suited to Scottish wind and rain.

One walk led to another, and it was on the summit of Mount Kilimanjaro the next year that I gained enough self-belief to try to create a better guidebook format. Soon after, I published various editions of Explore Mount Kilimanjaro that cover the four routes by which I had summited. The first two Rucksack Readers were published in 2000, while I scrambled up a learning curve that seemed steeper than Kili’s scree slopes. Of the 40 titles published since, many have emerged in revised editions as the routes evolved. The latest is the fifth edition of our West Highland Way guidebook. 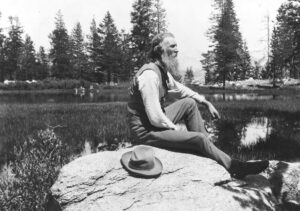 “Thousands of tired, nerve-shaken, over-civilised people are beginning to find out that going to the mountains is going home; that wildness is a necessity” John Muir wrote in 1901. Reading that quotation over a century later helped me to understand my radical career change. How amazing that this wise man should reach out across the decades, across the Atlantic, to explain me to myself. Wildness is indeed a necessity, and, for me, it is only at walking speed that I can observe and wonder at the biodiversity of our landscapes and learn about its insects, birds and animals.

In Muir’s case, the trigger was prolonged confinement to a darkened room after a serious industrial accident. Once he recovered his eyesight, he embarked on an astonishing 1000-mile ‘saunter’ from Kentucky to the Gulf ‘by the wildest, leafiest and least trodden way’. He set out with only a comb, brush, towel, soap, three books and ten dollars. 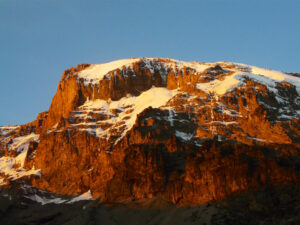 As I write, the UK is in lockdown because of the virus pandemic which has affected so many countries worldwide. Even our Prime Minister and heir to the throne are self-isolating and working from home. Our NHS faces an unprecedented challenge, and the rest of us must stay at home to limit or delay the spread.

However, once the pandemic is over, there will surely be a rebound effect. As we escape from our darkened rooms, from the confinement of home, we will value that wildness more deeply.