You are here: Home » Blog » Should the Sierra Club apologise for John Muir? 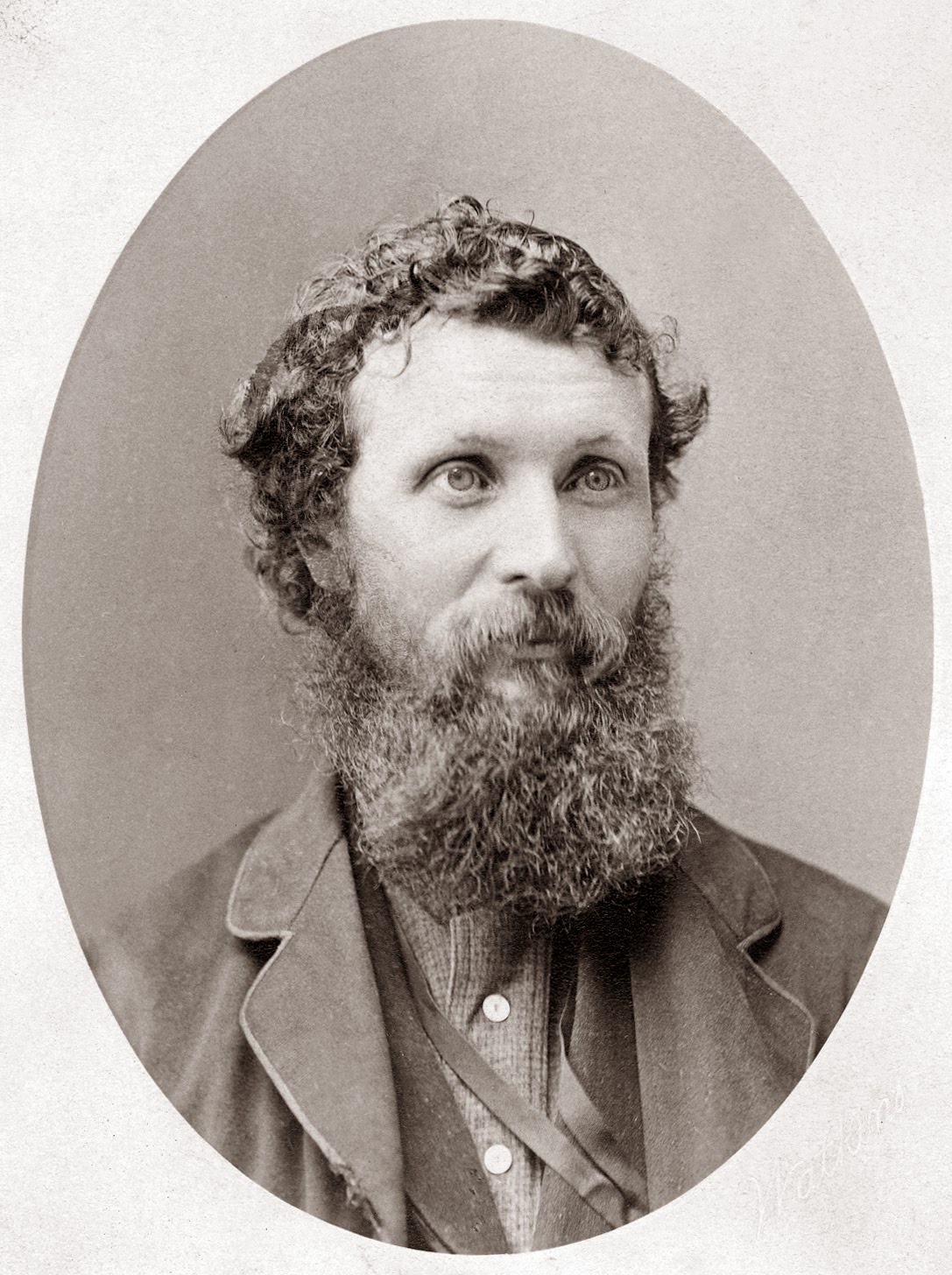 In his recent July 22 essay with the ominous title Pulling Down Our Monuments  the Sierra Club’s Michael Brune says that the club has helped to perpetuate white supremacy and caused “significant and immeasurable harm”. As Executive Director, he blames John Muir, its founder, claiming that “Muir’s words continue to hurt and alienate Indigenous people and people of color who come into contact with the Sierra Club. … For all the harms the Sierra Club has caused, and continues to cause, to black people, indigenous people, and other people of color, I am deeply sorry”. He cites Muir’s “deeply harmful racist stereotypes” , “derogratory comments” about black and indigenous people, linking to Justin Nobel’s article of July 2016.

Among Nobel’s allegations are that Muir’s childhood was “brutal”. This is true: his father was a religious zealot who nowadays would be prosecuted for child abuse, both mental and physical. Daniel Muir kept his children in constant hunger – not from poverty, but because he believed it good for their souls. He ruled their every waking moment with a rod of iron and forbade them to read any book other than the Bible, which he expected them to memorise and thrashed them when they faltered. However that is not what Nobel meant, and he mentions none of this, instead quoting the fact that young John asked the town butcher for a pig’s bladder and then played football with it! Living in a househould devoid of toys or footballs, this boy’s resourceful act of recycling is cited as shockingly brutal. This anachronism is not only unfair, it is absurd.

Nobel claims that Muir regarded Native Americans as subhuman. This is not credible nor is it supported in Muir’s writings. Richard White, a professor emeritus of Stanford University, also asserts that Muir “certainly thought that Indians were inferior”. But the evidence is dubious, as we shall see. The situation has been concisely summarised by the distinguished Muir scholar Lee Stetson:

“To attribute racist comments to Muir, you have to quote selectively from A Thousand Mile Walk to the Gulf – written as the young Muir sauntered through the devastated South just after the Civil War – and from My First Summer in the Sierra as he encountered the remnants of the dispirited Indians in Yosemite. These journals were both published posthumously, and without Muir’s careful re-writes.  You’d have to ignore his Alaskan immersion in the fully intact Indian cultures of Northwest, to disregard his entire lifetime of considered thoughts and good deeds, and to turn your back on any kind of historical perspective. It’s unjust and stupid, but you could do it.”

What Muir said about ‘Indians’

In his account of his thousand mile walk (completed before he was 30 years old) Muir said “The Indian puts us to shame, so do the squirrels – starchy roots and seeds and bark in abundance, yet the failure of the meal sack disturbs our bodily balance …” and later “Like the Indians, we ought to know how to get the starch out of fern and saxifrage stalks, lily bulbs, pine bark etc. Our education has been sadly neglected for many generations. … Indians walk softly and they hurt the landscape hardly more than the birds and squirrels”.

Two years later (1869) he wrote of American Indians: “The most striking characteristic of these people is their serene dignity in circumstances that to us would be novel and embarrassing. Even the little children behave with natural dignity … It seems wonderful to me that these so-called savages can make one feel at home in their families. In good breeding, intelligence, and skill in accomplishing whatever they try to do with tools, they seem to me to rank above most of our uneducated white laborers. I have never yet seen a child ill-used, even to the extent of an angry word.” At the time, he was virtually alone in documenting the admirable qualities of native Americans and their culture, contending that they were fellow humans “brothers, even”. That doesn’t sound racist to me.

The prosecution quote another passage from My First Summer in the Sierra: “A strangely dirty and irregular life these dark-eyed, dark-haired, half-happy savages lead in this clean wilderness – starvation and abundance, deathlike calm, indolence, and admirable, indefatigable action succeeding each other in stormy rhythm like winter and summer.”

His critics seize upon the words ‘savages’ and ‘indolence’ in their quest to convict him of racism, but Muir also refers to white men as savages. After a night sleeping on a soggy hillock and very hungry, Muir spotted a shanty occupied by a logging party. “They were the wildest of all the white savages I met” he wrote, while recording their generosity to him with food.

As the John Muir Trust reminds us in their recent comments on the issue “Later in life, [Muir] outgrew a very strict upbringing and became close to native peoples. The othering and disdain of his earlier descriptive writing is replaced by an admiration for native people’s light ecological footprint and their careful stewardship of the land. He wrote sympathetically about the misery inflicted upon native tribes by European settlers.” The Trust speaks of “Muir’s personal journey from ignorance to empathy” but as we have seen, his early attitudes were much more nuanced than that implies.

What Muir said about ‘negroes’

In his Thousand Mile Walk to the Gulf, Muir referred to the apparent idleness of negro workers in the fields of the American South. But Muir had been brought up in an extreme version of the Protestant work ethic. As a teenager he routinely did 17-hour days of hard physical work on his father’s farm, with a single hour off for lunch. The farm workers he perceived as lazy were former slaves, many of them worse off after having been “freed” after the Civil War (1861-5). Why would they not appear lazy to the young Muir?

It’s true that on occasion he referred to negroes as “dirty,” “superstitious” and even “lazy”. Sadly, the unthinking woke generation will find such language will suffice for them to convict him of racism. The passage most likely to make a modern reader squirm are “the negroes are easygoing and merry, making a great deal of noise and doing little work. One energetic white man, working with a will, would easily pick as much cotton as half a dozen Sambos and Sallies.”

Those who understand that language changes over time realise that 150 years ago, when Muir spoke of “negroes, sambos and sallies” the words were in common usage, not as loaded with the racist cargo that they now carry. His journals recorded events and experiences as he perceived them at the time, its freshness untainted by Orwellian language filters. And the ‘negroes’ he observed were an underclass who went unrewarded for hard work, lacking incentive compared with the ‘energetic white man’ with whom Muir was comparing them.

And he also said (in 1867) “Many of these Kentucky negroes are shrewd and intelligent, and when warmed upon a subject that interests them, are eloquent in no mean degree.” You can construe that as patronising if you wish, but there is no evidence that he thought negroes in general less intelligent than whites. Yet he lived in a century when racist attitudes were the norm, and most of what he wrote about ‘negroes’ was unusually open-minded.

Brune criticises John Muir for his friendship with “people like Henry Fairfield Osborn, who worked for both the conservation of nature and the conservation of the white race”.  In fact, Osborn ran the New York Zoological Society and the American Museum of Natural History, so their friendship is unsurprising. And Osborn’s role in founding the American Eugenics Society took place years after Muir’s death. Anyway, Muir had a great many friends and can hardly be expected to take responsibility for all their opinions. He was a skilful, articulate and persistent debater and doubtless had many arguments with Osborn and other friends on a range of issues, including race and eugenics.

In 1880, a friend of his wife Louie Strenztel wrote a letter describing how Muir did not hesitate to tell Colonel Boyce that the policy of Indian extermination was “a mean, brutal policy and that he (Boyce) should be ashamed”. The letter-writer added “I thought the Colonel would be mad [angry], but they walked off arm in arm”. Muir had great charisma and stayed on good terms with a wide range of people, including many that he disagreed with often and deeply.

So my answer to the question in the title is a resounding NO! The anachronistic self-flagellation of the club’s present leaders does nothing to serve its long-term goals. They are displaying considerable ignorance of their founder member’s early life, his nuanced writings and above all of the attitudes prevalent when he lived. They have been seduced by the modern fad for rewriting history, preferably combined with some statue-toppling and finding feet of clay. 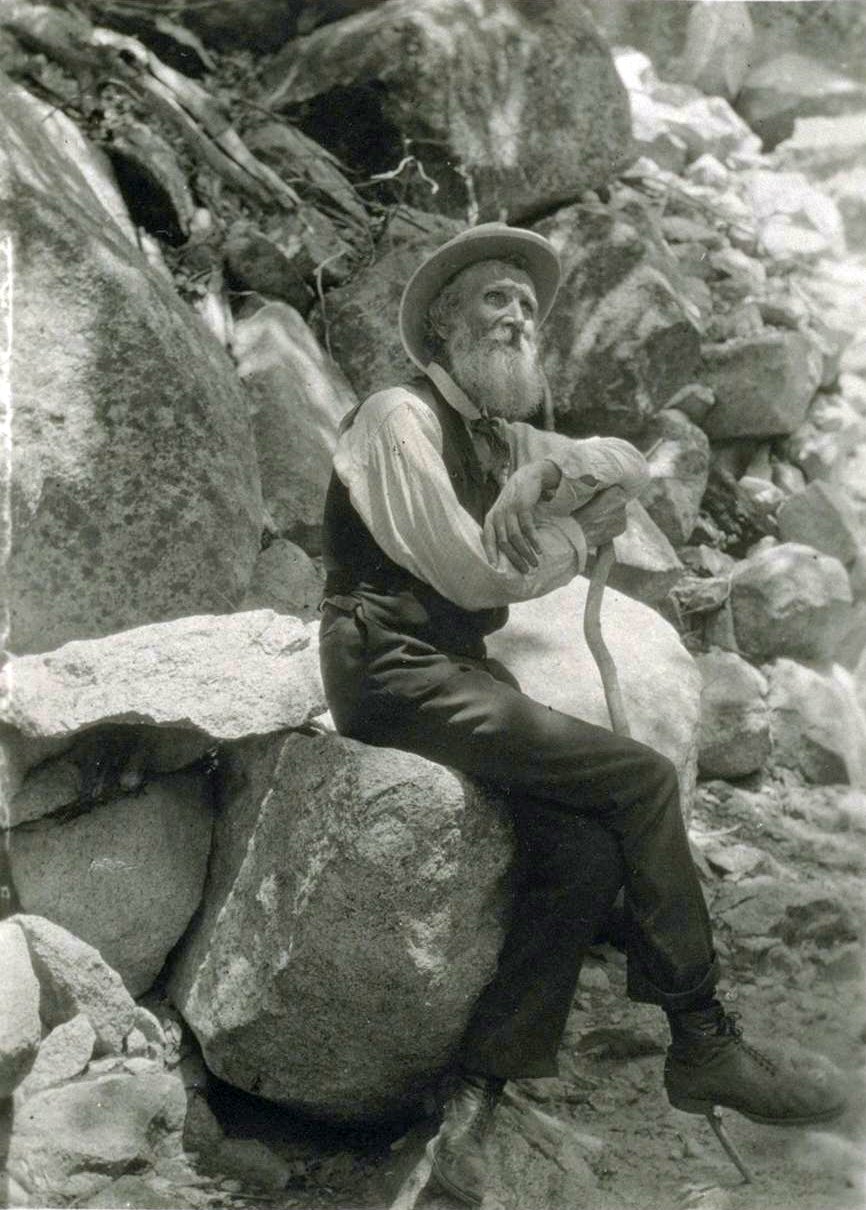 John Muir was a founder member of the Sierra Club in 1892, and he served as its president until his death 22 years later. He published millions of words, and over a century after his death it’s barely surprising if the odd sentence seems archaic, insensitively worded or unacceptable to a modern reader. But it was his writings and campaigning that made him the prophet of the conservation movement both in the US and worldwide. He was far ahead of his time in challenging how people relate to the natural world and his writings speak to us directly today: “Thousands of tired, nerve-shaken, over-civilized people are beginning to find out that going to the mountains is going home; that wildness is a necessity.” Raymond Barnett’s essay of 2019 provides an important redress to the chorus of denial surrounding the Muir legacy and I gratefully acknowledge it as a source.

How I’d love to be around when the leaders of the Sierra Club will be judged by the thought police of the future! How will their legacies and good works be disparaged, misunderstood and undermined? Muir was a leading figure in conservation thinking, but not necessarily in diversity and inclusion. That is no reason to denigrate his legacy nor to embark on renaming the wildernesses, glaciers, mountains, schools and long walks that celebrate his name. This photo shows a reflective Muir in Kern Canyon, nearly 70 years old: what would he have made of this strange episode?