Paddy Dillon is an indefatigable long-distance hiker, keen hillwalker, dedicated island-hopper and worldwide traveller. He was born and reared in East Lancashire. Discovery of the Pennine Way as a teenager in the 1970s was the start of his lifelong passion for long-distance walking. He walked each National Trail as it was completed, and as the network expanded he rewalked many of them several times.

Paddy first discovered the Lake District in Easter 1974 and has lived in Cumbria since 1979. Since 1993 his home has been in Ulverston, just one street from where the Cumbria Way begins, so he was eager to write this guidebook.

Paddy is a prolific outdoor writer, with over 100 guidebooks to his name covering all parts of the British Isles and parts of Europe as far north as Iceland and Greenland. He has explored as far afield as the Rocky Mountains of the USA and Canada, to Nepal, Tibet and Korea. He has written thousands of articles for a range of outdoor magazines, and has appeared on television and radio. 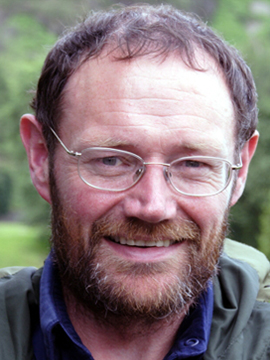