For over 40 years, the late John Henderson lived in Melrose, the start of St Cuthbert’s Way. In 2000 he designed and developed the first website for that Way, which led him into further long distance route development and website promotion. In 2015 he set up a walking business to support long distance walkers with a range of services. This has supported walkers from many countries, often with a strong focus on walking pilgrimage trails.

In 2012 John became one of the early members of the Scottish Pilgrim Routes Forum and when it became a Scottish Charity in 2014 he became a Trustee and its Treasurer. In addition John has been heavily involved in the charities work of developing and re-establishing medieval pilgrimage routes in several areas of Scotland. This work has included being an adviser and steering group member of the Forth to Farne Way.

Sadly he died in February 2021, shortly after completing his work on the Forth to Farne Way guidebook. 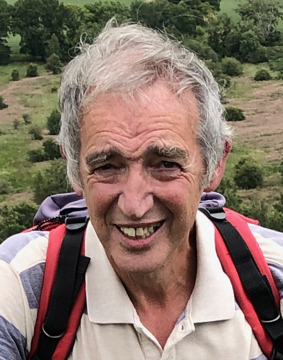